I had a few things happening in Manhattan Saturday to Monday - spending time with Aly, a paint bridal event for Laurie, and my second annual lung transplant testing for my new lungs! This weekend included lots of eating too, that I will blog about later. I wanted to first write about lungs, since I actually don't share THAT much about that aspect of my life...

First I can't believe it's been two years since my second double lung transplant. Time flies! Monday I had to do the following tests: bone dentisy scan, chest CT scan, full PFT (pulmonary function test), the normal xray and blood work, a 6 minute walk, an EKG and an echo. It was a full day!

My CT scan looked really good. This always makes me nervous because in my 5th year of my first lungs all of a sudden I had spots all of my lungs in a CT scan, and then sort of started my downward spiral. But this one looked really good!  I wish I had a picture to show you guys. I forgot to capture this.

My 6 minute walk seemed good. It's much easier to do this without the aid of oxygen. I hadn't done this test yet with these lungs so there really is no base line - this is my base line. I can't tell you if I did better or worse than last year. But it did kill my leg muscles. Eleven years of all the medication I take and my muscles are pretty sad.

My EKG looked good! The heart is still pumping! We are trying to figure out why I'm having serious palpitations at night even with the aid of two heart medications. We'll figure it out eventually!

My PFTs are pretty normal.  My lungs are at around 80% function - which is not where my first lungs were, but it's still great and I've learned to be okay with this after much internal conflict and anxiety. My lungs feel pretty good most of the time and this is what matters.

The only test that came back that was really concerning to my team was my bone density scan. Just a quick explanation that I've had "bad" bones forever, this is a complication of CF and transplant and transplant medications, but since the last time I had a scan - likely 4 years ago, my hip bones in particular have drastically taken a turn for the worst. I am being set up to see the bone team there. I always have really bad lower back pain, but to be honest I just assumed it was a side effect of my life (i.e CF, meds, transplant) and never complain or say anything about it. It can get really severe too. I probably should have mentioned this years ago but alas we will figure this out too.

So all in all the lungs look good. There is always something happening. This is transplant life. Besides the bones we are still trying to figure out if my stomach wrap has come undone and I'll go back for another test in a few months, but seriously I am breathing. Transplant is trading one disease for another. They don't give you lungs and set you free and everything is like a normal person. I still have CF, I still have a lot of problems, but the most important thing is they are all manageable. And so far I've come up against nothing I could not handle. But I hope this is a message for those of you that are healthy - literally something is always going on in the body of someone who has had a transplant and rarely will you hear one of us complain about it (like many other illnesses). Please think about that when you evaluate your own life and how lucky you probably are and how thankful you should be for your healthy specifically. I'm so very thankful for all of you that have followed and supported me along the way! I wouldn't be able to do it without you guys!

I have been itching to try pastoral since they opened up a few weeks ago. I'm a pizza freak!

I was really impressed with their menu. There were so many things that sounded so good that I wanted to try! Way more than just pizza! All of their pasta dishes sounded amazing. We ended up ordering the prosciutto pizza because our waiter highly recommended it (and we were struggling to choose!) Along with a lobster carbonara special. And fried olives.

Everything honestly was amazing. I find a lot of times people tend to make this type of pizza too thin and it won't stand up to the toppings, but this pizza had the optimal thickness for me, it was just chewy enough and cooked exactly right. The pasta was handmade and just a fantastic combination of ingredients--lobster, pancetta, peas, egg.  The fried olives had such a great flavor and just enough breading.

The only thing I was not crazy about was the wine on tap. I had both the cabernet and the pinot grigio. I would imagine a lot of people complain that they serve the wine in a drink glass and not a wine glass. I get trying to be trendy, but wine should be served in a wine glass even if it's stemless.

Can't wait to go back and try more things! 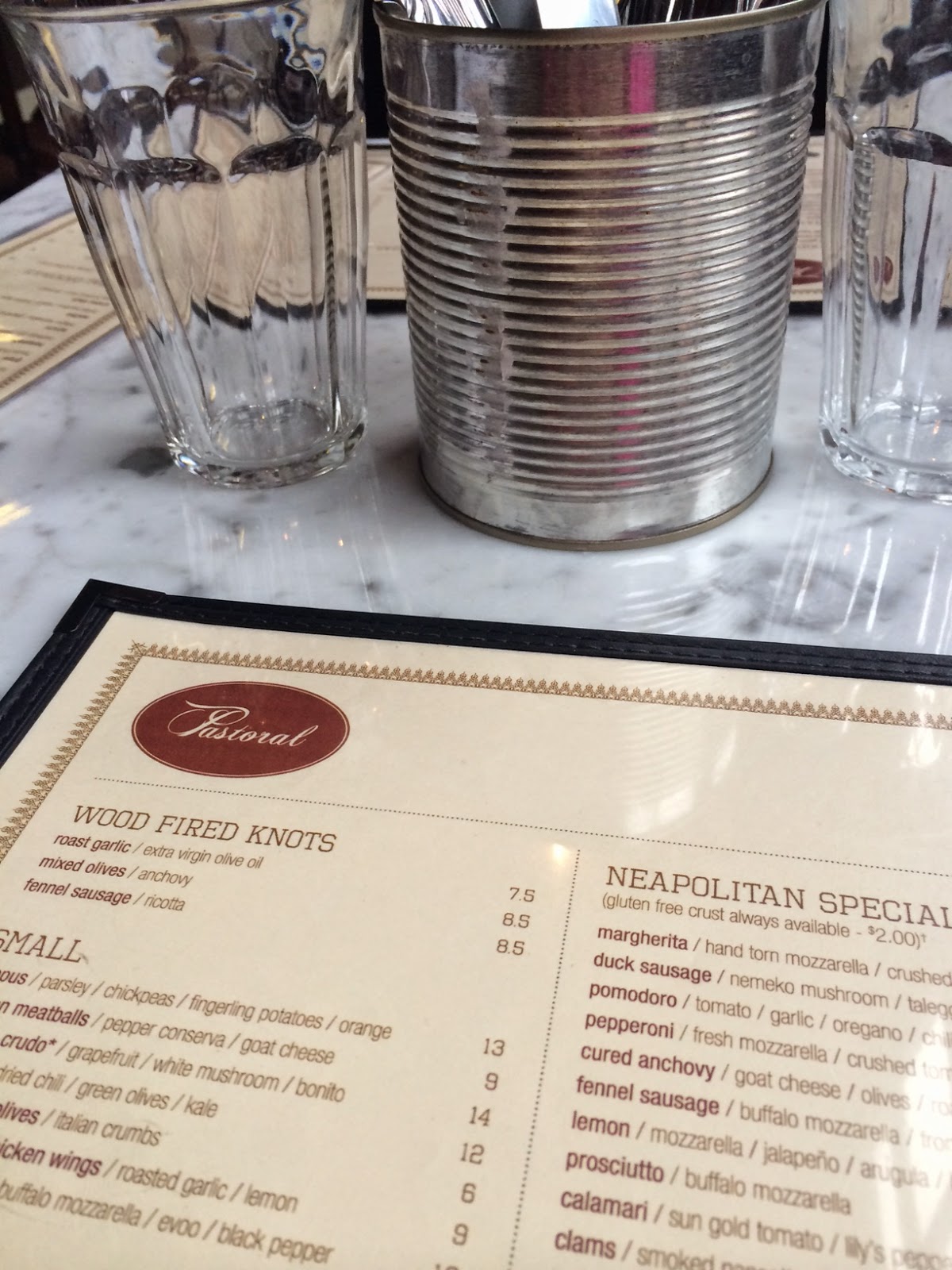 In the summer squash is my go to veggie for dinner. I cook it practically every night! But I found a new tool that makes it more fun and somehow more tasty! The machine makes veggies come out like ribbons (it also has other blades) that I then saute in just olive oil with salt and pepper.  But I think you can find a lot of recipes out there for this tool! The machine can be found here 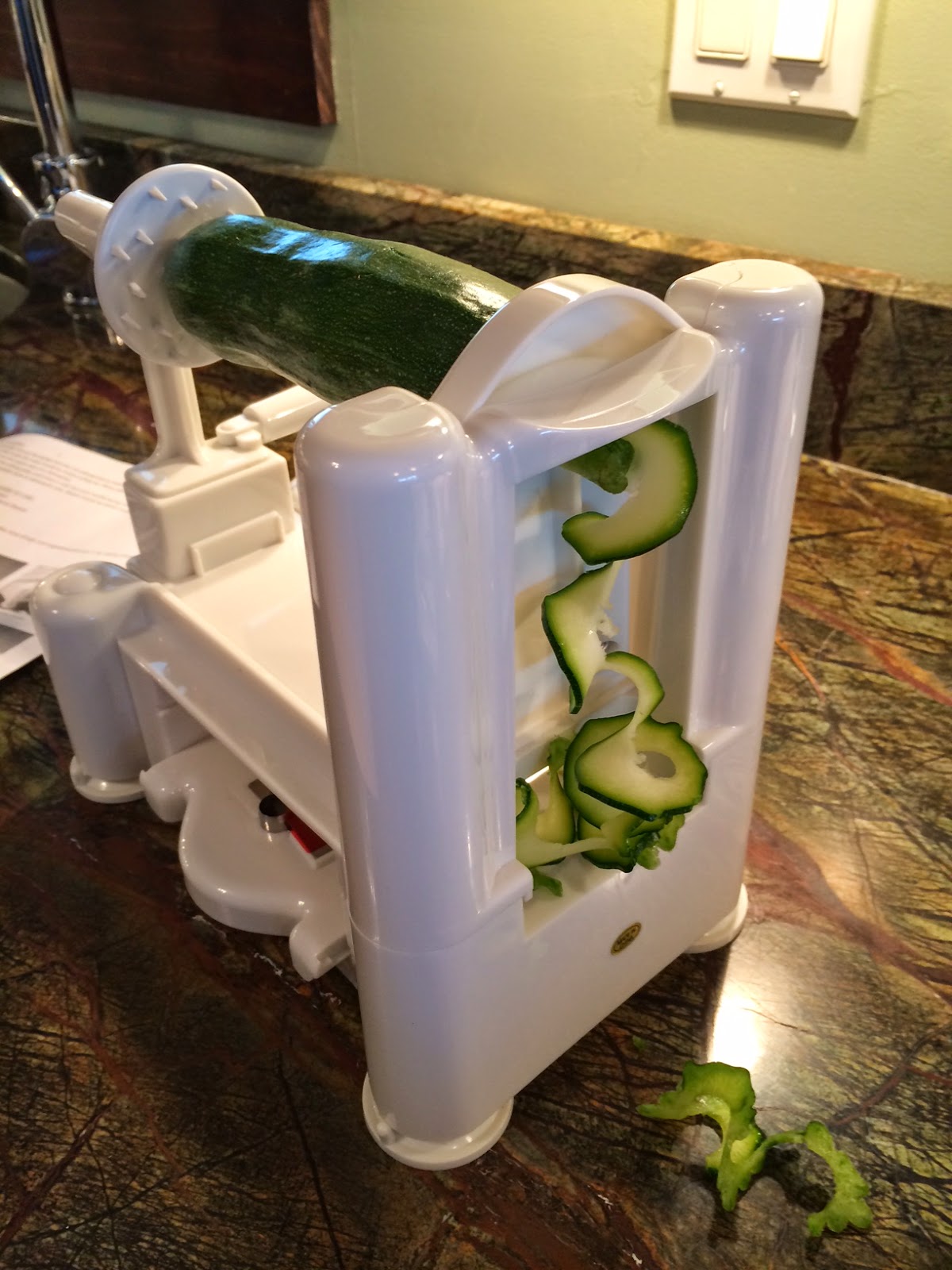 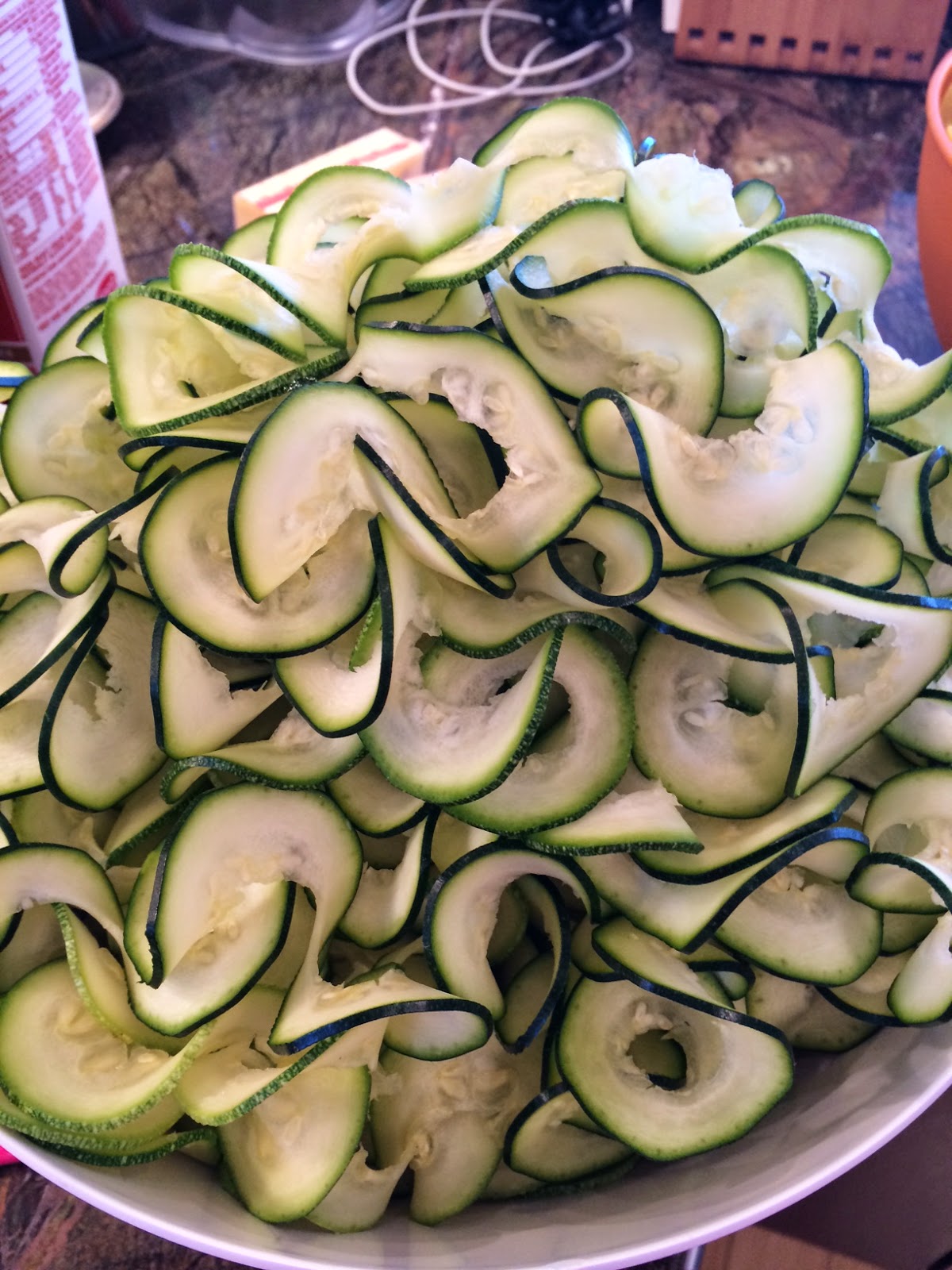 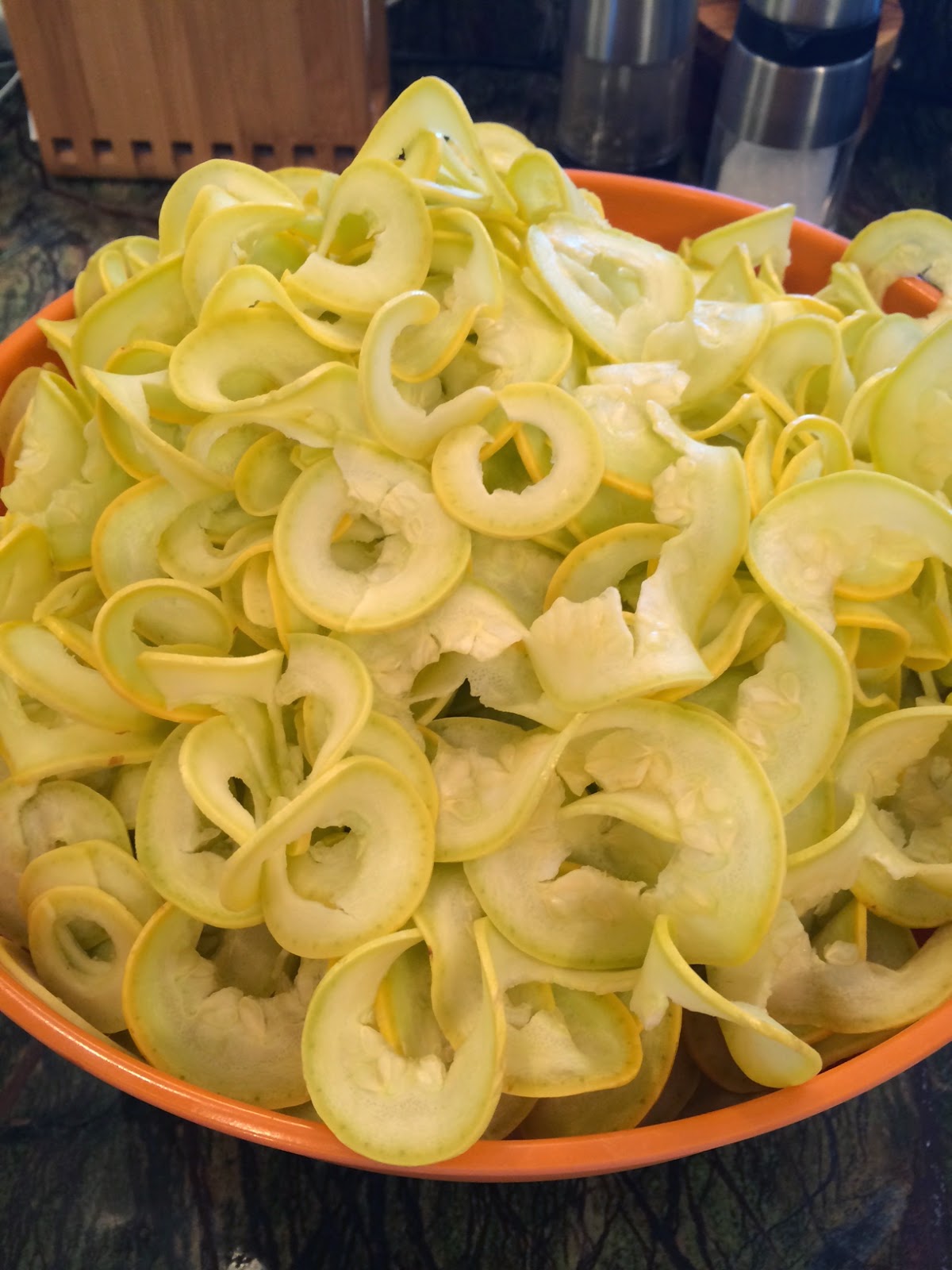 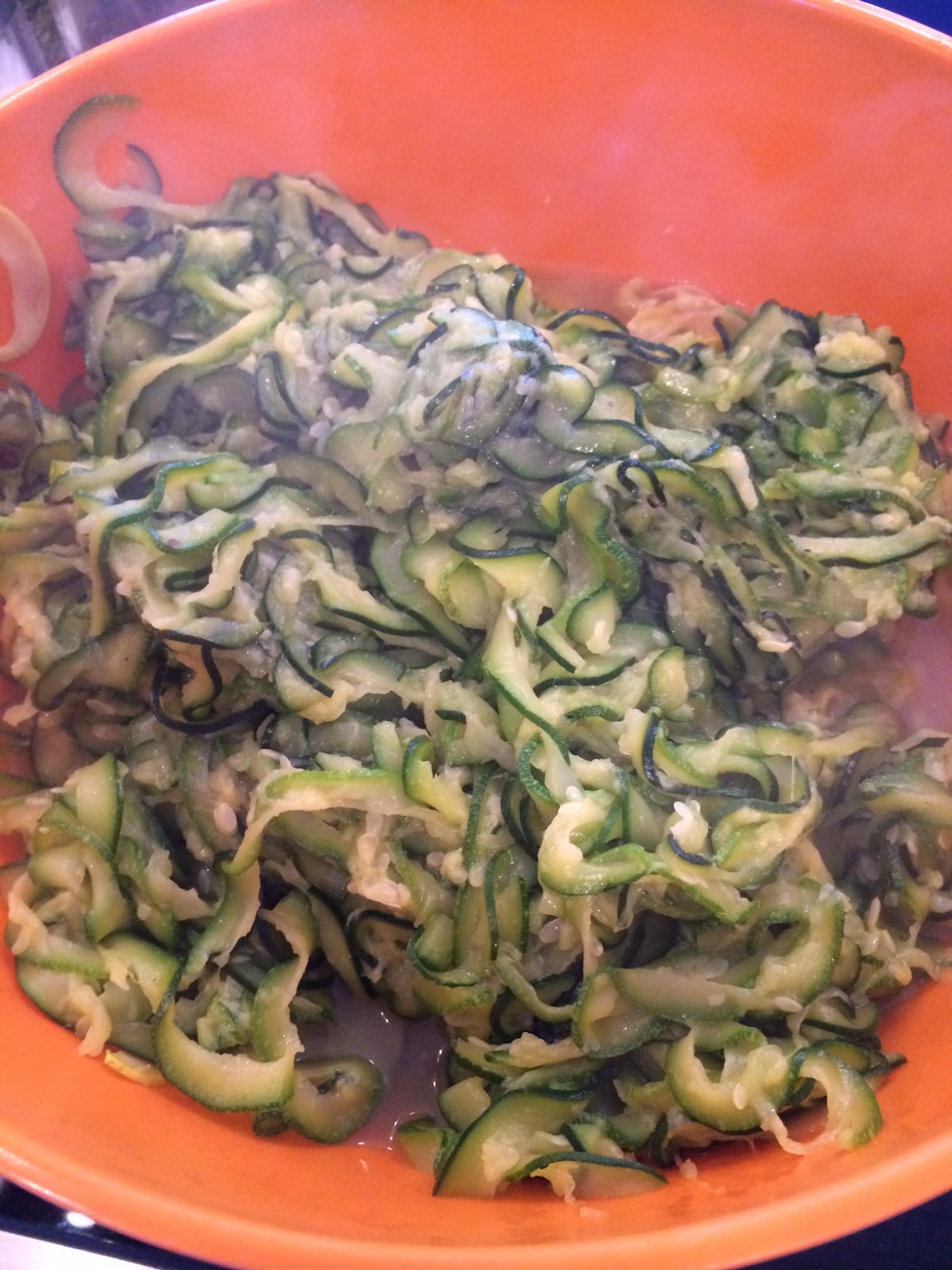 Posted by natasha at 7:44 AM No comments:

Posted by natasha at 8:19 AM No comments:

here is a video (not the best quality ever) of making a tortellini!
easy!

I am a huge fan of pretty paper products. There is a new line at Target by Oh Joy, of paper party products, that I have been really excited about. Today I got to make a few fun purchases for spring entertaining (it will come!) that I wanted to share.

Posted by natasha at 2:20 PM No comments: