My guts are coming out!

I am still recovering from The Feeding Tube.  It's been a slow process and I am pretty weak still from being so thin.  But I am here! Thanks for thinking of me.  xx.
Posted by natasha at 4:05 PM No comments: 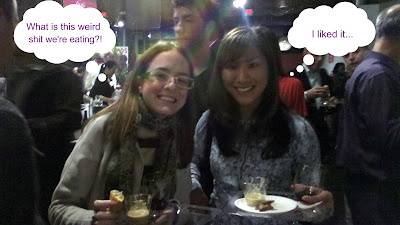 Hi - this is a very special guest blog by Natasha's friend Laura.  Nothing in this post can be blamed on her... it's I who is the frigid-food-loving-crazy-person.  Natasha would never deface perfectly nice photos with unsightly thought bubbles and crass comments, but that's never stopped me.

The two of us have a couple very important interests in common: 1. Good Food, 2. Shopping.  I haven't been doing much shopping lately because I've been too busy spending every single dime that I make on doggie poop bags, but a girl still has to eat.  Natasha introduced me to the Taste of The South End in 2010.  She promised me tons of delicious food, more wine than I'd ever seen, and people watching that would be blog-worthy.  There was a Lot of food here, but not all of it delicious.  There was a lot of wine, but not all of it drinkable.  The people... yes, there were a lot of delirious idiots running around shoving food in their faces while holding wine glasses and texting at the same time if you can believe it (and I'm sure you can).  I left this event stuffed to the gills, but not convinced that the food was the best part of this night.  It could have been the charity (not really) but likely it was just the mass amounts of weirdos to stare at in disbelief.  If you've never experienced this night, you should give it a shot and bring your appetite and camera! 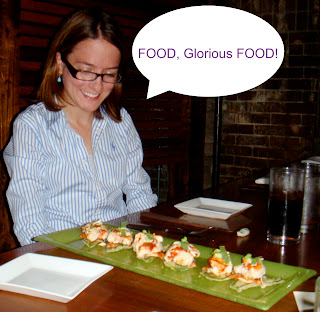 As much as I love food, Natasha loves it more.  Here she admires 6 pieces of over-priced and over-fancy sushi at some crazy restaurant that we had to wait like 2 weeks to get into in some tiny hole in the wall down a street that I could never find again.  This was sort of a weird experience.  No customers were there and they were all like, "we're booked all night long" and we're like, "there is Nobody Effing here you crazy-ass Bs, like the sushi chefs are out back gambling for Eff sake!" and then they didn't let us come in and eat their food, we had to go back 2 weeks later... like what?  I'm sure that this sushi was probably really good, but in all honesty... I can't remember.  This was probably 2 years ago, so I remember the experience way more clearly than the sushi that cost $8 billion dollars.  -- also the hostesses were dressed like hookers in my memory... 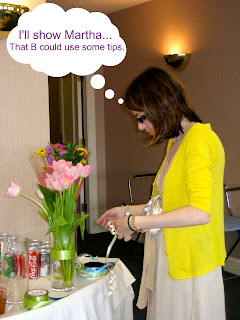 The Martha Stewart thing.  I love being crafty as much as the next obsessive-compulsive woman, but Natasha is much better at this than I am.  She gets her magazine and actually READS it.  I let them stack up in a pile and then eventually I'll lazily flip through it looking at the photos, and then Tash will be like, "oh did you see the article about.... how to grow your own toilet paper and then blend sparkles in it!?"  And obviously I have to admit my lack of reading her magazine like, "ohhhh, no it's still sitting there unread... maybe I'll get to it next week..." and then I totally don't, because I don't have the patience to read through her 25 steps to create something that she promises to be easy but is actually ridiculously complex and makes you want to pull your hair out.  So many times I've been tricked by her empty promises of gorgeous tissue paper flowers and ended up with a ball of sad looking paper and a mountain of frustration.  Tash has a lot more patience than I do... 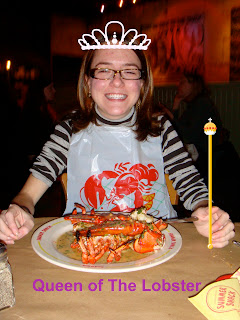 So anyways, I hope that you all enjoyed my guest post here at Breathing and Butter and Tash will be back to blogging soon enough!  Leave her a comment to say Hello and What's Up.  Thanks for the chance to post!
Posted by natasha at 6:47 PM No comments:

McDonalds has a new s'mores pie that you all should get.  Here is a little video of it.  I don't know what happened to the sound : (

I had a checkup yesterday and I know I posted last week I was having trouble gaining the weight back that I had lost.  Well, it's been too long without any weight gain.  Actually I lost even more weight (72 lbs) so it has come time for a feeding tube.  I mentally prepared myself for this all last week because it's obvious I am too thin and it's making me really weak, so I'm okay with it.  It was not a shock and I think actually it will be a good thing because it will take some pressure off of me to keep trying to gain weight.  So tomorrow my lung surgeon is putting a peg in, which is this little tube that comes out of your belly and you hook it up at night to get hopefully 1,000 extra calories a day.  It's also really nice of my surgeon to be doing this for me, I'm pretty sure a transplant surgeon isn't normally spending his days putting in simple feeding tubes.  Hopefully this will help me gain some weight and feel stronger.  I've never had one of these before, so I am a tiny bit nervous but it's totally necessary at this point I just can't consume enough calories to offset the amount my lungs are using up.  I'll document the feeding tube process and share it with all of you as I learn : )
Posted by natasha at 8:52 AM No comments:

sometimes I think I might buy everything on the internet and there will be nothing left for anyone else...
isn't she pretty? 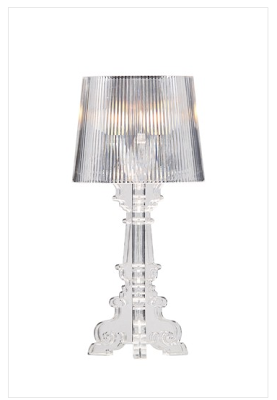 Posted by natasha at 4:57 PM No comments: